Diagnostic equipment by DRAMINSKI is dedicated for breeders around the World. DRAMINSKI company gains customer’s satisfaction over many years of active operation at the world-wide market..

DRAMINSKI company creates for breeders, farmers and veterinarians. The great attention is paid to dog breeders to facilitate professional and efficient reproduction.
DOG OVULATION DETECTOR helps to detect menstrual cycle, recognize disorders and select the best time window for mating even during silent heat.
ULTRASOUND PREGNANCY DETECTOR is a precious aid for professional breeder. It is design to ensure easy operation and maintenance, and to provide instant results with maximum accuracy.
ULTRASOUND SCANNERS is a separate group of the diagnostic equipment. Al DRAMINSKI scanners are portable and robust. There is broad range of specialized units. There are models dedicated for breeders to confirm pregnancy. There are also models dedicated to veterinarians requiring economic solution to pregnancy detection and simple diagnostics. There are advanced units (4vet, AnimalProfi) for detailed diagnostics of the small animals. 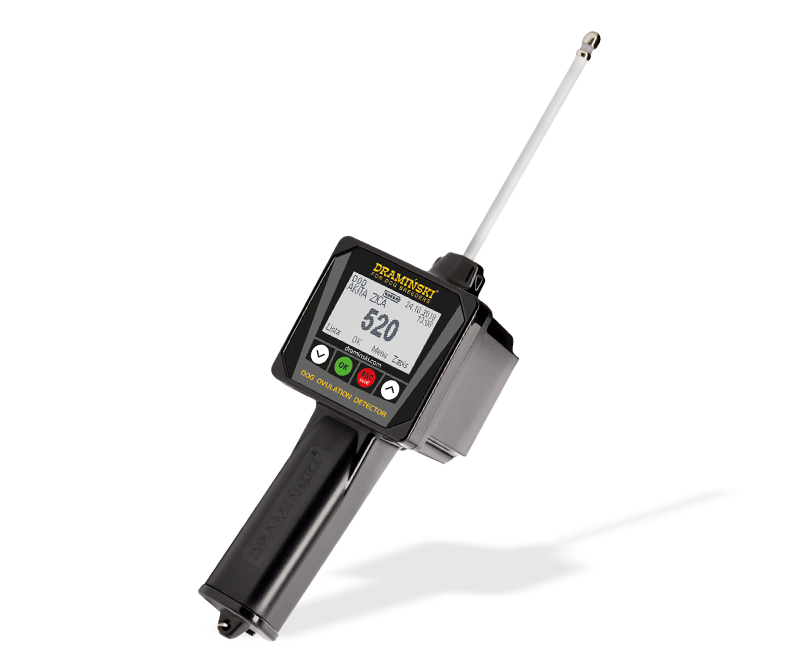 "I bought my Draminski from someone who was giving up breeding. I decided it would be a better long-term investment than getting blood tests at the vets. The first Lhasa bitch I tried it on has silent seasons and never swells much. The Draminski indicated she was ready way before I would have expected her to be ready and I did wonder if I was not using it correctly. However acting upon the readings, I walked into the stud dog's house and he mated her within a few minutes. She had 5 pups..."

"I think the ovulator is the best thing ever made, as before I purchased this unit, we had tried and tried mating 2 bitches and every time they didn't catch. I wasted nearly 2 years in keeping trying to mate them. So when I purchased the unit, we found they were not ovulating properly due to fertility problems. Since then, my other two bitches have been tested and mated as indicated . One bitch produced 11 pups and the other 5 pups. I would recommend the ovulator to anybody. It was well worth the money."

"Previously spent £2500 on testing with no pups at all !!! One Bulldog bitch missed 9 times in a row and the other bitch (with a double entry to the cervix) missed 6 times in a row, but with the Draminski Ovulation Detector I got a litter of 5 and 4 at the first attempt !!! It is easy to use and the results are absolutely astonishing after so much wasted time, and money before. I have already started telling everyone about it."

"After 3 years of mating and no puppies, I had to find out what the problem was, so I purchased an ovulator and found the reason !!! I normally take my bitch for a swab on the 11th day of her season, but according to the readings, she was ovulating on day 9. I was completely missing the time of ovulation. As a result of using the unit, my bitch on her 'LAST CHANCE' produced 8 puppies and another bitch produced 10 puppies !!!"